Space Wars is a complex exciting simulation featuring multiple elements for a fast-paced and exciting screenplay of a war fought between Team Red and Team Blue. Each team starts with a Command Centre, 2 factories, and 4 mines. Each Command Centre commands its team and creates people. Workers work in factories and can also build new factories, while miners work in Mines to make money. Factories build ships and can be upgraded to build better ships; mines can be upgraded too.

The war is fought with ships/vehicles. There are 4 different kinds of ships, some more powerful than others and each fighting differently. Most ships shoot bullets, except for the Hyperion, which fires missiles (radius damage).

In the start screen, the user can specify parameters to start (the Viking is a type of ship). The game ends when one team destroys the Command Centre of the other team!

Thanks Mr. Cohen! It was pretty fun optimizing the game, fixing some of the bugs, and brushing it up a little. Glad you like it! :D
A new version of this scenario was uploaded on 2019-11-20 12:27:18 UTC Final update for simulation: added comments, fixed small bugs, and attempted to optimize timer with java.awt

Very cool! Although somehow blue wins all the time with equal resources for both ... 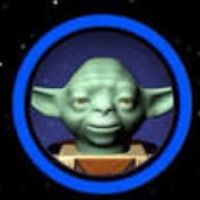 I liked how you could control the starting resources for each team. However, after the match had started there wasn't much I could do besides watch the game play out. A suggestion to better this game would be to add some kind of interactive combat system to utilize once the game has started.

Yeah, we were thinking about adding a makeHyperion button! Any other suggestions?

This game has great visuals and has some good interactions.

This game is really nice! Kind of looks like what you would play on your phone!