Been working on this for a while as a side project in my intro to programming class at school.
Controls:

No, I didn't take someone else's idea... especially not Nintendo. Who told you that? :P
It's so small because I was originally programming it on my TI 83+ using the xLib assembly library for the graphics and some other parts of the game, but then I uploaded the game file from my calculator to the computer in order to keep from losing it and deleted it off of my device so I'd have more room for other things (it was HUGE). Unfortunately, I lost the cable used to connect the calculator to the computer, and so I can't work on that version anymore. I decided that because Greenfoot is so much more powerful than TI-Basic (even with an assembly library) that I'd try making it on the computer. And yes, it was supposed to be a Metroid game, as evidenced by the title (in case it's not obvious, it's an anagram).
It will, when it's finished, use completely original music that I wrote myself. I will not use any resources that are not my own original creations.
Pretty good so far, eh?

This scenario is a member of: Scenario showcase

A new version of this scenario was uploaded on Tue Jan 18 01:39:26 UTC 2011 I have now added a health counter and health pickups. I located the sprite sheets from my 83+ version of it, so I'm going to use some of those. At least one of them is going to be in the next update.

PiRocks: not z80. I was coding it in ti-basic. so as a bonus, it's also faster in greenfoot ;P

ahh, still anything of this caliber in tibasic is even more impressive considering how difficult it is to keep up a good framerate.

btw I love the graphics 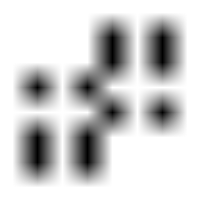 not bad at all