Very inspired by worm game.
Hold and release spacebar to shoot.
Make your enemy fell down!
later for the source (its still, badly coded :D)

This scenario is a member of: cool scenarios!

there you go! hmm, more terrain means more image right? updated with wet-blue.jpg and burlap.jpg
A new version of this scenario was uploaded on Thu Aug 12 14:21:15 UTC 2010 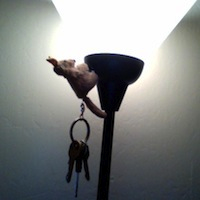 Very nice. I like the bomb exploding the terrain and then splitting into several bombs. This reminds me of a game i use to have as a demo called Castles. In that you had your own castle and had to shoot weapons to the other castles and destroy them. The castles image acted much like terrain when it got hit and reflected its health. And there were many sorts of weapons and upgrades for your castle. 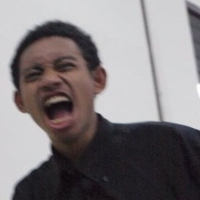 thanks :D that bomb is inspired by cluster bomb in Worms. More weapons later.

Love it. Except sometimes there will be random pieces of terrain floating in the air. Maybe make them fall? i dunno just a suggestion.