This is a maze program. To start it you need to arrow through the menu to select your
difficutly. Once yor difficulty is selected you will see a maze. The object of the
game is to move your dot from the starting position to the orange-ish section. You
move the dot using the arrow keys, and it leaves a red line so you can see where you
have been. Once you comeplete the maze press escape to return to the main menu. You
can use escape to return to the main menu at any time.

This program is still in a beta version so there may be bugs. It would be appreciated
if you told me if you found a bug.

12/12 Update
Tried Builderboy2005's solution, it almost works. The object can move through
the world but will only scroll some of the time. Why won't it always scroll?

12/13 Update
Figured out a few mistakes, and nearly fixed the scrolling engine. One glitch is
that the scrolling on the x axis only happeens if you reach all the way to the edge.
What am I doing wrong?
Readme filled out
Versions, and descriptions filled out

12/14 Update
Tried lirki's solution and it works like a charm. Still can't figure out why viewport
shakes. Added menu.

12/19 Update
I created a victory scene, also you now can win my scenario, finally, I finished my
sound support, so now the sound successfully loops. All that is left to do to release
maze version 1.0 is to comeplete the documentations. If everything works out, it will
be ready by the end of the week.

12/20
Fixed bug so sound now plays online. Each dificulty now has 4 differrent version, so
you won't always have the same maze when you select a difficulty.

Why isn't the sound playing? It works perfectly as a jar file and in greenfoot.
A new version of this scenario was uploaded on Sun Dec 20 03:11:39 UTC 2009 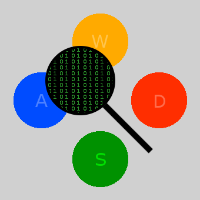