This was made as a project for my Computer Science class. In order to win, deplete your opponent's health bar to zero. Each kick lowers the health greater than each punches. Hit your opponent with a projectile to win automatically. If you are blocking, you deflect projectiles and all melee attacks.

******
The Characters
******
Ken(Red P2)--Faster in general. Punching and projectile shooting are both faster.

Ryu(White P1)--More powerful. Does equal damage, yet can penetrate attacks. If both players attack at the same time, Ryu will win. Also, if both projectiles collide, Ryu's will cause the opponent's to explode. The explosion does not deal damage to either player.
******

For the future I'll try to fix bugs. I probably will not fix Ken's disappearing belt glitch because it does not affect gameplay. Also, it is not based on source code but I messed up when making the sprites. What I need to fix is the projectile glitch. When a projectile is blocked, no damage is dealt but the game pauses. If you have any advice or want to help about the glitches, I posted the source code. I might also add combos, other stages, or characters in the future.

CHEATS (Just for fun :D)
Both players have two keys(lower-case letters that are not used by the game) that when held together will cause them to automatically win the game. Good luck finding them though, there are a lot of combinations lol! 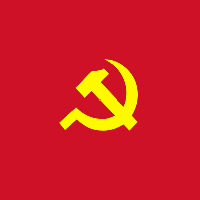 Great game. I like the using of walkTimer to change figures' images. walkTimer is controlled so precisely that figures' walk like real persons. But I suggest that combatting keys for player 2 should be "<" and ">". Player 2 is using "left" and "right" keys and Player 1 is using "A" and "D" keys. "<" and">" are closer to player 2's moving keys so it will be convenient for both players because their finger won't conflict with another's.