Try to hide in the dark from the vicious Seeker. Local multiplayer enables you to play with your friends at your computer. Hiding seems to be easy at first, but you are in complete Darkness and don't even see yourself.Enjoy a fun little world of hiding and seeking together with your friends and try to survive as long as possible! 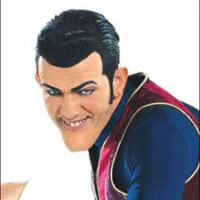 The sandwich, originally introduced in 1980, proved to be a sales disappointment and was later replaced with the highly successful Chicken McNuggets. But following the success of McNuggets, the McChicken was reintroduced in 1988. But again, McDonald's removed the McChicken from its menus in the United States on September 26, 1996,[1] and it was replaced with the Crispy Chicken Deluxe, which was part of McDonald's ill-fated Deluxe line of sandwiches. But once again, the McChicken was brought back on January 31, 1998, due to overwhelming letters and petitions.[2] Additionally, in the United States, the sandwich is somewhat smaller than it was previously, as it is now on the Dollar Menu & More (previously just the Do